Wattle bloom [by F.M., 31 August 1889]
A lengthy article regarding wattle trees, and more. The last paragraph foreshadows a Wattle Day: “Shall we ever see a Wattle Bloom day in Australia? Who knows? We have yet to establish all our national festivals.”


Hearty Greetings from Australia [postcard, early 20th Century]
A postcard (unused), which incorporates a poem, as well as an illustration of a British naval flag (the white ensign), and a wattle design. It is estimated to have been published in the early 20th Century.

Best Wishes [postcard, early 20th Century]
A postcard, which incorporates a poem, as well as an illustration of some kookaburras, along with some embedded wattle blossoms in an outline of a heart. It is estimated to have been published in the early 20th Century.

[After the rescue of the guns at Lindley] [22 November 1900]
A brief item (an extract from the “Personal” section) which says that Ellie Wemyss, a young girl from South Australia, sent sprigs of wattle to Australians involved in a military action in the Boer War (1899-1902), as a patriotic keepsake and in recognition of their bravery. See also the poem (in this list) dated 1 September 1910.


My dear friend [patriotic postcard, circa 1901-1908]
An patriotic postcard (unused), which incorporates a poem, as well as an illustration of a kangaroo, carrying an Australian flag, with golden wattle in the background. It is estimated to have been published about 1901-1908.

Proposed “Wattle Day” [26 August 1909]
A brief article about the intended inaugural meeting of the Wattle Day League, to be held on Monday 30 August 1909.

Wattle Day [notice of inaugural meeting, 27 August 1909]
A notice of a meeting, to discuss the creation of a Wattle Day, to be held on Monday 30 August 1909.

Wattle Day: A good movement [31 August 1909]
An article about the notice of a meeting (held on Monday 30 August 1909) to create a Wattle Day (the article included the names of the meeting’s conveners).

[Wattle Day is our new national institution] [by “Nimitybelle”, 8 September 1909]
An untitled item (an extract from the “Lady’s letter” section) about the newly-formed Wattle Day League.

[A meeting, largely attended] [re Wattle Day, 2 October 1909]
An untitled item (an extract from the “Orchard, Vineyard & Garden” section) about the inaugural meeting of the Wattle Day League.

Wattle Day [8 September 1910]
A brief article about the first Wattle Day, and the activities of the Wattle Day League.

Wattle Day [9 September 1910]
A brief article about the first Wattle Day, and about the origin of the term “wattle” (regarding the tree).

Wattle Day: Observance in State schools [5 July 1920]
A brief notice regarding the celebrating of Wattle Day by state schools on the 16th July 1920.

Wattle Day [19 August 1926]
An article about fundraising activities on Friday 27 August 1926, to raise money for Catholic charities (published in The Advocate, a Catholic newspaper) 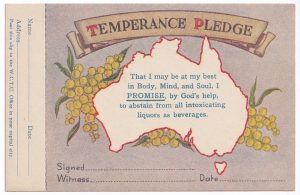 Wattle Day: An emblem and its meaning [by K. R. Cramp, 1 August 1936]
An article by Karl Reginald Cramp (Vice-President of the Wattle League) about Wattle Day.