All Australians are encouraged to browse through the materials provided here, to explore their nation’s heritage and history.

The IAC site has been developed especially as an academic resource, to benefit both students and teachers. It is hoped that students in particular will find this collection of materials to be of benefit to them for their educational studies and projects.

This venture is internet-based so as to enable the widest possible audience for this compilation of Australian resources.

The Institute of Australian Culture is a cultural institution which aims to provide educational and informative access to our nation’s culture, traditions, and way of life, incorporating an Australian perspective.

Numerous articles are provided on the site, covering a wide range of topics.

In many cases links are provided to online copies of articles, so that people may examine the original items for themselves.

Where appropriate, corrections have been made to articles (to correct spelling or grammar, but not to change the substance of the text); in such instances, a notation is made at the end of the post to explain the exact nature of the corrections, giving both the original text and the corrected text. In this way, it is ensured that such articles are usable, as well as retaining their academic integrity. 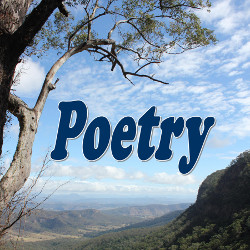 Poetry and songs enable their writers to pour out their thoughts, feelings, and moods; but, more importantly, they allow others to partake in the wide range of emotions that they express.

The enjoyment of well-written verse, whether purely rhythmic of their own accord, or set to music, allows the wider public to share the experience with others.

With poetry, particularly in days gone by, this was done by reading aloud, or reciting from memory, select verses at family gatherings or public events. Although the popularity of poetry has waned in modern times, there is still an appreciation of poetry, whether it be for special occasions (especially solemn ones) or for the big-name poets. 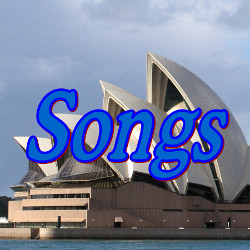 However, the general popularity of songs has been ongoing, and they form a major part of popular culture; although, unlike in past years, the advent of communal singing occurs far less, as we are more likely to be entertained by recorded music rather than participate in communal sing-alongs. The modern era concentrates more on passive partaking of music, with far less emphasis on popular participation (listening to songs is the norm, rather than joining in with others).

Nonetheless, poetry and songs form a major part of the reflection of a nation’s soul, and therefore this collection of Australian cultural creations includes a significant amount of verse. 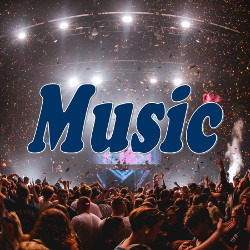 Links to a number of music videos have been included on this site, especially linking to videos on YouTube.

However, owing to the nature of that site, it is not unusual for videos to be taken down or accounts cancelled, and therefore such links lack permanency. This is especially unfortunate for those trying to promote interest in Australian culture, including popular culture.

Whenever possible, dead links will be replaced. If you see a link to a missing YouTube video, please leave a note in the comments section of the relevant article. 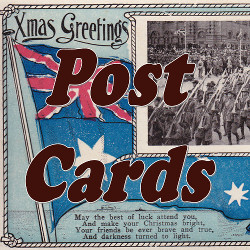 It is intended that various types of ephemera and assorted miscellaneous items will be added to the site, including scans or photos of badges, certificates, coins, documents, leaflets, letters, postcards, stamps, and tokens.

These should give an added depth to the understanding of a range of issues in Australian history. 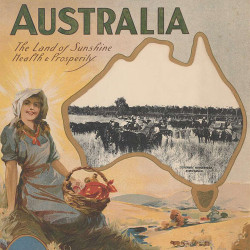 Graphics for the site have been obtained from a wide variety of sources.

Many historical graphics will have blemishes, excrescences, marks, stains, or writing on them. In some cases, when time permits, touching up of graphics has been carried out (to remove some of the blemishes, etc.), so as to provide a more visually pleasant experience for site users.

In some instances the graphics which accompany newspaper or magazine articles are of such poor quality that they have not been included on the site.


Notes regarding entries on the site

The sources for the vast majority of entries are cited, so that the accuracy of articles can be confirmed by anyone wishing to do so.

Most entries are taken directly from original or historic sources, usually newspapers or books; although there may be some instances where entries are taken from re-published sources, in which case these secondary sources are noted (and hopefully will be replaced by original sources when possible).

Editorial comments are usually provided at the start and/or end of entries, giving introductory or explanatory notes.


Minimisation of errors on the site

As this is a large body of work, which has largely been sourced from scanned originals, it is possible that transcription errors may occur (hopefully, very rarely); in such a case, readers should feel free to leave a comment on the relevant post, describing the mistake, even if the error is minor or pedantic.

When considered necessary, corrections will be made (this may be done to correct, for example, incorrectly spelt words, grammatical errors, and inconsistency of punctuation); however, any such corrections will be noted in the Editor’s Notes at the end of the entry.

There are some exceptions to this situation. Therefore there are a number of circumstances where technical or pedantic changes are not included in the Editor’s Notes:

1) On those occasions where the historic print source has a gap in a word (presumably through a misprint in the publishing process), includes any letters printed upside down, or has punctuation missing (such as a full stop missing from the end of a sentence), then those errors will generally be corrected without notation. It should be noted that early printing presses in Australia sometimes had badly-worn type, which could result in letters not appearing in printed papers.

2) The spacing for punctuation may be used differently; often older texts include a space before colons, semi-colons, exclamation marks, question marks, etc., but such spacing may not be used here. 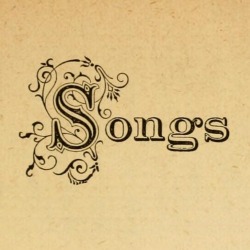 3) Capitalisation may be standardised for headings, sub-headings, and signatures. Generally, headings using all capitals (ALL CAPS), or initial letter capitals (Title Case), will be rendered as lower case except for the start of the sentence (Sentence case) and for proper nouns. However, some sub-titles using all capitals may be left as is, so as to distinguish them from the rest of the text (especially if they are not in a bold font). Signatures using all capitals will be rendered into sentence case or left as is (dependent on whether it is perceived that keeping them in all capitals will be useful in distinguishing them from the rest of the text).

5) Graphics associated with an article may not be included, especially if the available graphic quality is very low.

Aside from those aforementioned exceptions, readers are encouraged to leave a comment regarding any anomalies or errors, as we aim to be as accurate as possible.

Notes:
a) When considered appropriate, to enable ease of reading, the text of an article may separated into paragraphs (with a notation to that effect being placed in the Editor’s Notes).

b) In those instances where a long “s” (which looks like the letter “f”) has been used, they have been transcribed as a normal letter “s” (e.g. “ſ mall” is changed to “small”).

c) Earlier articles on the IAC site did not usually include letters with accents or umlauts (instead rendering them as standard alphabet characters), due to the inability of some early browsers to handle some unusual characters. Later articles include those characters; however, the earlier articles will remain as is, unless there is a need or opportunity to revisit those articles.

Sometimes the subject matter of articles, or the opinions expressed therein, may be contentious or controversial; however, to achieve a full understanding of history and culture, we must be prepared to learn about ideas and events which we may disagree with or which may make us feel uncomfortable. It is hoped that users of this site will have a high enough level of emotional maturity and intellectual open-mindedness as to be able to peruse articles of all types, including any containing subject matter which they may disagree with (no matter whether such disagreement is slight or vehement).

Historical texts help us to understand the ideas, mindsets, and cultural outlooks of earlier generations (or parts thereof). History cannot be properly studied or fully appreciated if texts are censored; therefore, texts reproduced on the IAC site are not censored. However, some articles reproduced on this site were already censored in the original item; for example, the usage of extended dashes in the place of swear words.

It should be understood that the views and opinions included in the published articles are not necessarily those of the IAC or associated personnel.

On the subject of censorship, with regards to modern commentary (such as comments contributed by users of this site), we reserve the right to censor or remove any commentary which is regarded as swearing, bad language, bullying, inappropriate, nasty, or trolling (much of which may be a subjective judgment); however, some poor or untoward language may be left as is depending on the circumstances (which is a judgment call), for example, a poem such as “The Bastard from the Bush”, which contains swearing, can be expected to have a commentary which may include swearing in a discussion of that poem, or poetry like it.

Controversy and censorship often bring forth strong opinions. However, on this site, it has been decided to faithfully reproduce texts without censorship, so as to enable a properly informed academic assessment and discussion of historical issues. We hope that users of this site will understand and respect our position on such matters.

The usage of items from source institutions does not imply any endorsement, relationship, or understanding between the IAC and those institutions.

In 2015 the internet site’s domain name was changed from InstituteOfAustralianCulture [.com] to AustralianCulture [.org]; this step was taken so as to provide a shorter URL, on the basis that it should be easier for people to remember. 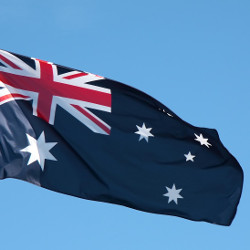 The Institute of Australian Culture

Whether you are a student, teacher, researcher, or someone just visiting the site out of general interest, we hope that you enjoy the resources provided.