[Editor: This book by Kenneth Mackay was published in 1895. The novel, which includes a military invasion of Australia by Chinese troops (orchestrated by Russia), is set in a time when there were concerns over Russian military intentions towards Britain and the British Empire … END_OF_DOCUMENT_TOKEN_TO_BE_REPLACED 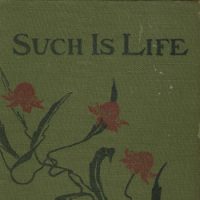 [Editor: The novel Such is Life by Tom Collins (Joseph Furphy) is regarded as a classic book of Australian literature. A glossary has been provided to explain various words and phrases that may be unfamiliar to modern readers.] Such is Life Being certain extracts from the … END_OF_DOCUMENT_TOKEN_TO_BE_REPLACED

[Editor: This novel about a Japanese invasion of Australia was written by Charles H. Kirmess. The story was originally published as a serial in The Lone Hand (Sydney) from October 1908 to August 1909, under the title of “The Commonwealth Crisis”; it was then published in book … END_OF_DOCUMENT_TOKEN_TO_BE_REPLACED