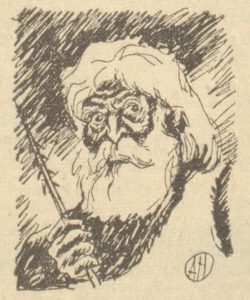 Who was the Buckley commemorated in the popular Australian slang expression, Buckley’s Chance? No one knows for certain. Our best guess is that he was a convict who took to the bush in 1803 and lived with aboriginals for 32 years.

“Buckley’s chance” really means no chance at all, but our principal use of the term is in the negative sense “haven’t a Buckley’s.” An elaborated version appears in “there were two chances, Buckley’s and none!” but this seems to be a reference to the Melbourne retail drapery firm of Buckley and Nunn.

It is a coincidence that a murderer named Richard Buckley remained hidden in Melbourne for seven years, following the killing of a Glenferrie bank manager, while police combed the city for him. He was caught in 1930. He is not, however, Buckley of slang fame. The expression was used before 1900.