[Editor: An article about Peter Lalor (1827-1889). Published in The Age (Melbourne), 11 February 1889.] Death of a veteran. The late Mr. Peter Lalor. By “The Vagabond.” Thirty-seven years ago a young Irishman landed in Melbourne. The cry of “Gold!” brought hither … END_OF_DOCUMENT_TOKEN_TO_BE_REPLACED

[Editor: An article about Peter Lalor, who died on 9 February 1889. Published in the “Current notes” section of the Melbourne Punch, 14 February 1889.] The old lion of Victorian politics turned his face to the wall when the Hon. Peter Lalor died at Richmond on Saturday … END_OF_DOCUMENT_TOKEN_TO_BE_REPLACED 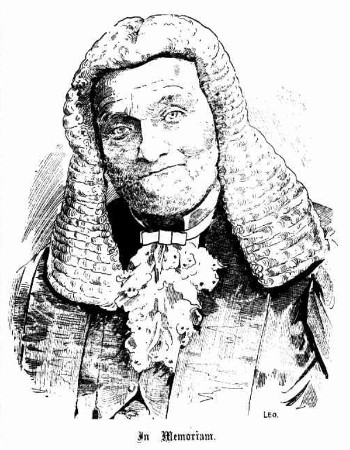 [Editor: A poem about Peter Lalor, who died on 9 February 1889. Published in Melbourne Punch, 14 February 1889.] In Memoriam. The Late Peter Lalor. One more of the old race has gone The grand old race of pioneers, That, in these later, narrower years, Uptower … END_OF_DOCUMENT_TOKEN_TO_BE_REPLACED

[Editor: This is chapter 52 of “The story of Australia” by Martin Hambleton. Published in The Sunday Mail, 23 June 1935.] The story of Australia — LII The Eureka rebellion Diggers take up arms against police and military The refusal of Governor Hotham to release the … END_OF_DOCUMENT_TOKEN_TO_BE_REPLACED