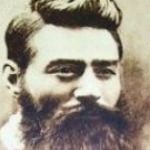 Ned Kelly indulged in a bit of poetry at the end of his letter to Donald Cameron, with the following two passages: While an outlaw reigns their pocket swells ’Tis double pay and country girls [gals] For I need no lead or powder To revenge my cause And if words be … END_OF_DOCUMENT_TOKEN_TO_BE_REPLACED

[Editor: This was a letter composed by Ned Kelly in 1870 and sent to Sergeant James Babington (of the Kyneton police).] [Background: This was written at a time, following Ned Kelly’s release from police custody, when many people in his area thought that Ned had informed on … END_OF_DOCUMENT_TOKEN_TO_BE_REPLACED 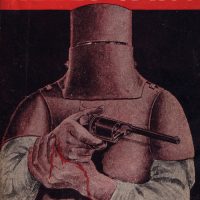 [Editor: This was a letter composed by Ned Kelly in 1879 and sent to Sir Henry Parkes (Premier of New South Wales). In the Parkes letter, Ned Kelly states that he is in Bathurst. It is possible that this was written to aggravate Henry Parkes in retaliation for him offering a … END_OF_DOCUMENT_TOKEN_TO_BE_REPLACED

[Editor: This was a letter composed by Ned Kelly in 1878 and sent to Donald Cameron (a Victorian politician).] [Background information: On 9 December 1878, the Kelly Gang took over Younghusband’s station property at Faithfull’s Creek near Euroa. Twenty-two people at the … END_OF_DOCUMENT_TOKEN_TO_BE_REPLACED

[Editor: This was a letter composed by Ned Kelly in 1879, intended for publication in Victorian newspapers.] [Background: The Jerilderie Letter, dictated by Ned Kelly to Joe Byrne, has been described as Ned Kelly’s “manifesto”, and gives a detailed account of Ned’s relations … END_OF_DOCUMENT_TOKEN_TO_BE_REPLACED