[Editor: This article provides biographical information about Grant Hervey; for various works by him, click here.] 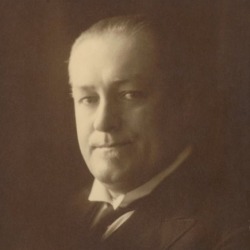 Grant Hervey was born in Casterton, Victoria, on 30 November 1880. His birth name was George Henry Cochrane, although he changed his name to Grant Madison Hervey. He wrote for The Bulletin (Sydney, NSW) and had a short-lived column, “Cuts and Carvings”, in The Sunday Times (Perth, WA) in 1903.

In 1913 Hervey produced a book of his poetry, entitled Australians Yet and Other Verses, in which he included his views in favour of Australianism, Socialism, national defence preparedness, and a White Australia. The quality of his poetical works varied. It has been said of Hervey that he spent too much time in the pub, would quickly dash off verse to meet his literary obligations, and then head off back to the pub again. In a 1903 letter Joseph Furphy (author of Such is Life), said “Respecting Australian poets . . . Grant H. is brilliant beyond all others, but singularly uneven”.

Hervey was an advocate for a better deal for the common people. He ran as an independent Labor candidate for the seat of Paddington in the Queensland state elections in 1926, where there were only two candidates in the running; Grant Hervey obtained 1522 votes, but Alfred Jones won with 4130 votes. He continued campaigning on various labour issues, and, in a 1927 letter to the editor, described himself as “a militant or extreme industrial Laborite”.

The Mirror newspaper, in 1933, said of Hervey, “He wrote some stirring verse, was a powerful speaker, and had a remarkable knowledge of world history. But he had an unfortunate kink in his make-up, and it brought him to ruin.”

Indeed, it seems likely that Grant Hervey had a troubled mind. This was demonstrated by several episodes of self-made trouble occurring in his life.

Charges were filed against Hervey in December 1914 for two crimes he had committed. He had arranged for a false telegram to be sent to the editor of The Casterton News, telling them that Grant Hervey was bankrupt. The newspaper printed the information, after which Hervey took legal action against the proprietor for defamation. However, he and his accomplices were caught out by diligent detective work. He was found guilty of “forgery and uttering”, and sentenced to two years’ jail.

He was also charged for attempting to obtain money by false pretences from the newspaper proprietor John Norton. Hervey had worked for Norton, and knew his wife; apparently this brought on an idea of how to wrangle some money from the businessman. Hervey asked Norton for money in exchange for providing evidence against his wife, regarding her supposedly having an affair with Hervey. Norton informed the police, and two policemen and a stenographer were arranged to be hidden in an adjoining room, so as to be able to listen in, when Hervey came to see Norton several times again. Thus, the evidence brought before the court was damning. He was found guilty and was sentenced to two years’ jail. Hervey claimed that Norton had paid off the jury.

Hervey was able to mount an appeal over the telegram case, but it also resulted in a conviction. He was again sentenced to two years’ jail. Along with the two years’ sentence he had received from the Norton trial, he had a cumulative sentence of four year’s jail.

In 1919, not long after his release from jail, he fraudulently acted the part of an American journalist, as part of a campaign to open up the Mildura area for large-scale development, and create a new state in the region. He developed quite a backing, but his subterfuge was exposed at a public meeting by a well-known businessman, Clement John (“Jack”) De Garis, who exposed who Hervey really was and that he had spent the previous few years in jail. Hervey’s credibility was destroyed; but he was determined to have his revenge.

Hervey bided his time and in January 1921 he became editor of a weekly newspaper, the Mildura and Merbein Sun, and used it to constantly undermine De Garis. On 20 October 1921 Hervey launched his masterstroke of retaliation against his nemesis by printing an edition attacking De Garis, with large headlines announcing “The Great Smash”, “C. J. De Garis Bankrupt”, and “Enormous Losses”. The article revealed the “news” that De Garis was about to be declared bankrupt. Not content with slandering De Garis in Mildura, Hervey organized for a large number of posters to be put up all over Melbourne, placed on prominent buildings and at railway stations, declaring that De Garis was going bankrupt; he also arranged to have a car, decorated with large painted canvas sheets announcing the bankruptcy of De Garis, drive around the central business district of Melbourne. Unfortunately for De Garis, this was at a time when he was financing a large project for a settlement at Kendenup, in Western Australia; investors got cold feet and played it safe by staying away from the venture, and the De Garis empire collapsed. Despite his claims at the time that Hervey’s doings had little effect upon his project’s stability, De Garis later admitted, in 1924, before an inquiry, that “The effect of the campaign was absolutely disastrous”.

As payback for his machinations, Hervey’s home was besieged by a crowd of over one hundred angry Mildura locals; however, the police were able to keep the crowd at bay. Hervey decided to get away by hiring a car to take him to Ouyen, but the vigilantes got wind of his plans; they blocked the bridge leading out of Mildura, stopped the car, overpowered his police escort, and whisked him away to a local aerodrome, where he was stripped, and tarred and feathered (although kapok was apparently used instead of feathers).

In 1923 he was convicted of forgery and uttering, for having forged a signature on two cheques. Hervey admitted his guilt, but said that he needed the money so as to feed his wife and child. Once again in trouble with the law, in 1931 he was charged with having forged someone else’s name upon a telegram. Unfortunately, it seemed that Grant Hervey just could not change his ways.

Hervey died from diabetes in Melbourne on 6 November 1933.