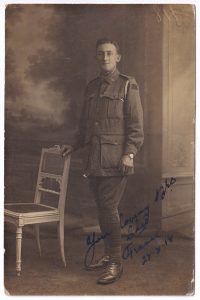 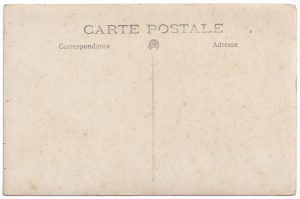 [Photo of an Australian soldier.]

[No identifying information about the manufacturer was included on the postcard.]

bro = an abbreviation of “brother”; in a religious context, “Bro.” refers to a Brother of a religious order; “bro” can also refer to any male person (whether related or not), usually used as a friendly greeting or form of address

Chas = an abbreviation of the name “Charles”